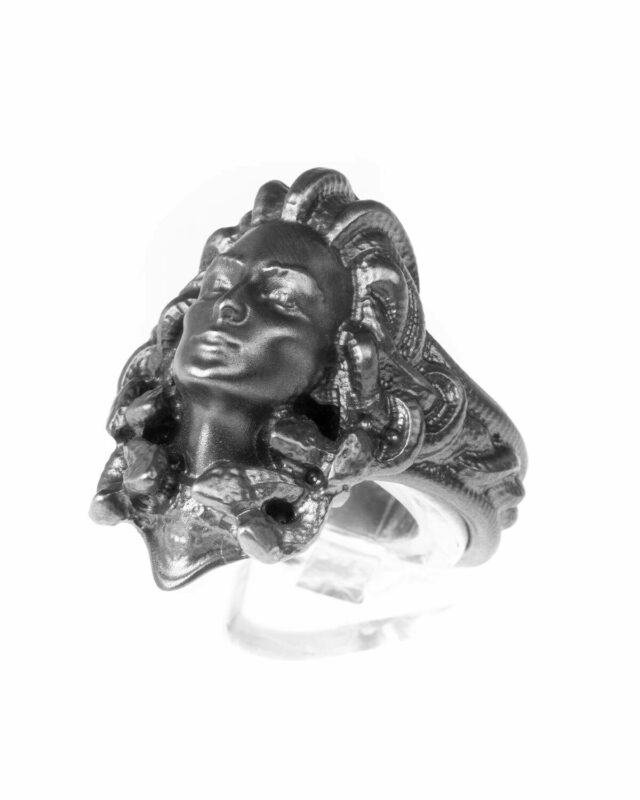 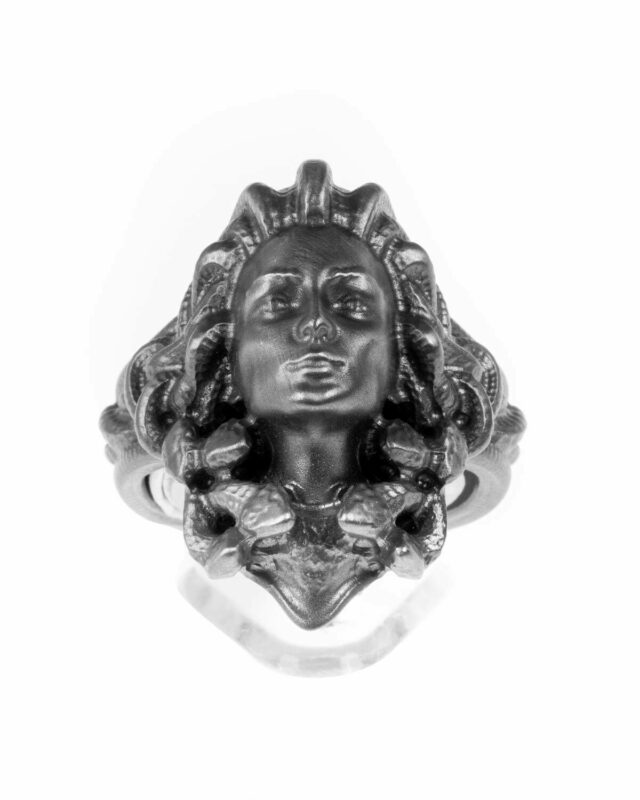 MEDUSA: the power to petrify.

Medusa was a figure of Greek mythology belonging to the three Gorgons: sisters capable of petrifying anyone who met their gaze. Of the three, Medusa was the only one who was not immortal.
According to some, Medusa and her sisters were depicted as hideous women who took the form of beautiful girls with snakes instead of hair only as the years passed.
According to others, Medusa was originally a beautiful woman: the goddess Athena would have changed her into a monster, as a punishment for her for lying with Poseidon in one of her temples.
It was Perseus who killed Medusa. He managed to behead the goddess while she slept and the winged horse Pegasus and the giant Chrysaore immediately emerged from her wound, the children that the Gorgon was expecting from Poseidon.